How to give feedback to unsuccessful candidates

I wanted to create an article about giving feedback to unsuccessful candidates. Based on research, most HR managers, recruiters and talent acquisition executives say not to. But the SEO God (Google) said you wanted to read it, and here you are, so it worked. In this article, we’ll explain why people say you shouldn’t give feedback, and how to do it anyway.

Why shouldn’t you give feedback to unsuccessful candidates?

Recruiters advise against giving feedback as it could give a disgruntled candidate ammunition to use against the company. Someone who wants the job might get defensive and point out all the reasons you’re wrong. It’s easier to send a standard answer telling the candidate that they are wonderful but “unsuccessful on this occasion”.

When should you give feedback to unsuccessful candidates?

You should give the candidate feedback if they ask for it. 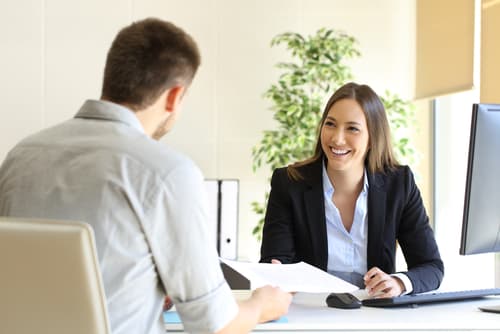 Why should you give feedback to candidates who ask for it?

Life is long. Most people work for forty years. You’ll reach a point where you meet the same people over and over again. It pays to give feedback and build relationships with people. The inexperienced candidate who came into a professional interview wearing jeans and a baseball hat could be a well-respected lawyer in a few years.

The great candidate you had to reject today, because there was someone better, could easily be your number one candidate next time round. Maximise your talent pool by being kind to unsuccessful candidates.

We were all terrible at interviews once. As an interviewer, you have the chance to help someone, and improve the experience of the next person interviewing them. If everyone did that, the candidate pool would be even better, interviews would be more efficient and finding the right candidates would be easier.

People tell their friends and family about interviews. If unsuccessful candidates end the process telling people “I interviewed at company x. I didn’t get the job, but the experience was good. They were very helpful.” It improves your brand, encourages people to work for you as employees and with you as customers. 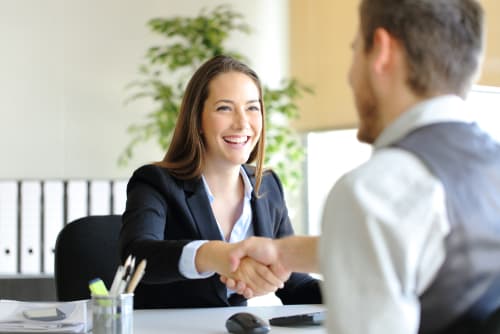 How to give feedback to unsuccessful candidates

When you reject a candidate, you know exactly they weren’t suitable, but they may not. If you’re too honest in your attempt to help them, it could backfire.

I’m not telling you to lie, instead give a lighter version of the truth. If the successful candidate had more experience, you can say that. If they showed a poor attitude during the interview, tell them they need more experience in interviews.

Get your free ebook!

Most interview feedback will be positive or neutral. From time to time, you will get someone daft who insults your company, is excessively rude to the receptionist or shows up for an interview in a bank, wearing a red bandana. It’s tempting to mention it in the email, overtly or snidely. Don’t do it. You have nothing to gain. If you really can’t be neutral, here’s what to do:

“Thanks for attending the interview on Tuesday. Your enthusiasm and energy impressed us. Unfortunately, we need someone who has previous experience managing a team, so we won’t be progressing with your applications. Feel free to apply for future roles. We wish you the best of luck in your job search.”

If you want to leave a lasting impression, call them. You can be more open during a call than in an email. Even though they were unsuccessful, they will remember that you took the time to call them. Only do this if the candidate was great, and the decision not to hire them was difficult.

You waited thirty seconds before hearing, “This is Paul, I can’t come to the phone right now, please leave a message”. You tell yourself you did the right thing by calling them. The voicemail message is a glorious chance to chicken out. Don’t. It isn’t a voicemail they want to get. It’s a permanent reminder of their rejection, that they can play over again and again. Analysing each word. Share it with friends to get their thoughts. If it goes to voicemail, hang up. Call again or send an email.

Big up the other candidates

It was 2008; the US was experiencing its most controversial presidential election campaign, when a black man was elected president. In his succession speech, John McCain congratulated Obama and referred to him as “my president”. He didn’t mind losing, as Obama was an esteemed senator.

You can use this when rejecting candidates. “There were a lot of applications for the role. We had many talented, experienced candidates, including you. While your CV was very impressive, we progressed to the next rounds with candidates who have more experience.”

Get technical with your expertise

If you know of training or skills that will help them, tell them.  You’re giving them valuable insights that they wouldn’t get elsewhere. If they get the training, they will remember you for recommending it.

When giving feedback, some candidates will try to argue with you and talk you into changing your mind. Don’t fall into this trap. If you call them or email them and they request a follow up, either ignore it or send a bland corporate message. If they “want to discuss further” or “want to learn more'', ignore it. You’ve done your job as a recruiter, you communicated well, kept them in the loop and notified them in good time. Any other expectation from them unreasonable.

The job-hunting process is long for candidates. It takes months. There’s nothing worse for candidates than to be waiting to hear from an interview for a job they really want than to be told no, with a generic email. It reflects poorly on the company, and could damage your reputation. A quick no is better than a long maybe. If you know a candidate is out of the running, tell them. You don’t need to keep them in the pool if you know you’re never going to hire them. 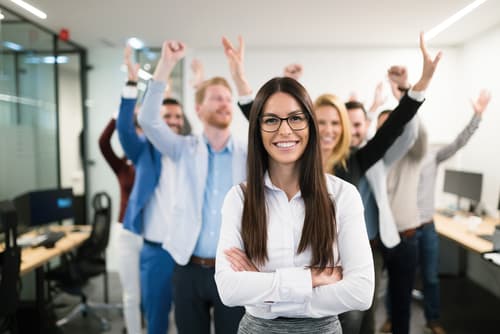 If the candidate did their research, wore professional clothes and went all out to impress in the interview, thank them. Even if they weren’t successful, they still put in a lot of effort. Show gratitude to them for attending, doing their research and showing interest in your company.

HireHive has candidate feedback forms to help you store notes and score candidates based on skills and experience. Use these forms when giving feedback. It will help you refresh your memory and make the feedback more genuine.

You may think you remember each person well enough to give feedback, but it’s easy to confuse people’s previous work experience and skills.

Tell them what they already know

A lot of factors go into rejecting and selecting a candidate for the role. For example, the candidate doesn’t fit the culture, doesn’t have the right type of experience and other candidates are more qualified.

You could tell them all the factors that led to the decision. Such a list could be devastating. Instead, think of the factor they already know. In the earlier example, they don’t have as much experience as other candidates. They probably know it already and won’t be surprised.

If you mention a list of items, they could focus on the weakest point and argue back.

“I have plenty of experience…”

If you’re feeling brave, ask candidates for feedback on the interview process. Most companies don’t do this. The best way to get good at anything is to practice and get feedback. This is true of interviews too.

The people you interview are intelligent professionals who want (or wanted) to work in your company. People post reviews on Glassdoor and indeed.  Why not get the data for yourself?

The feedback might surprise you. They could comment on how nice the office is, how the receptionist made them feel welcome. The unsuccessful candidate might say that you did such a great job explaining the role, that they realised the job wasn’t for them anyway. So when they got the rejection email, they weren’t surprised.

On the other hand, if the candidate went from wanting to work for your company, to detesting it, you need to find out why. 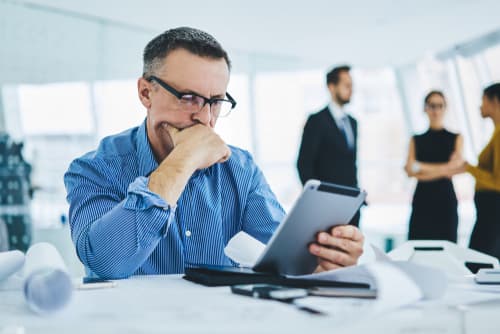 Ask a colleague to read the email

Emails are subjective. Ask a trusted colleague to read your email before you send it. They will pick up any criticism intended or otherwise. The two minutes it takes for them to read it will save you time later on. If any of your unsuccessful candidates complain about your email, you’re covered.

When giving feedback, it’s easy to try too hard. “We thought you were great. We’re planning to expand the team in the next six months. You’d be a great addition then.” Don’t make any promises you can’t keep. You think you’re being helpful, but it’s confusing for candidates.

End the correspondence by wishing the candidate well in their future role. It’s standard practice for a reason. Even though it’s meaningless, it’s poor form not to include it.

Giving feedback to unsuccessful candidates sets you apart from other companies. If done in the right way, you’ll increase your credibility and the reputation of your company. Only give feedback to candidates who ask for it. 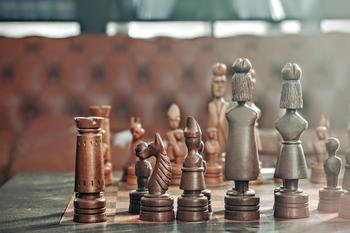 What is Employer Branding, and Why is it Important?